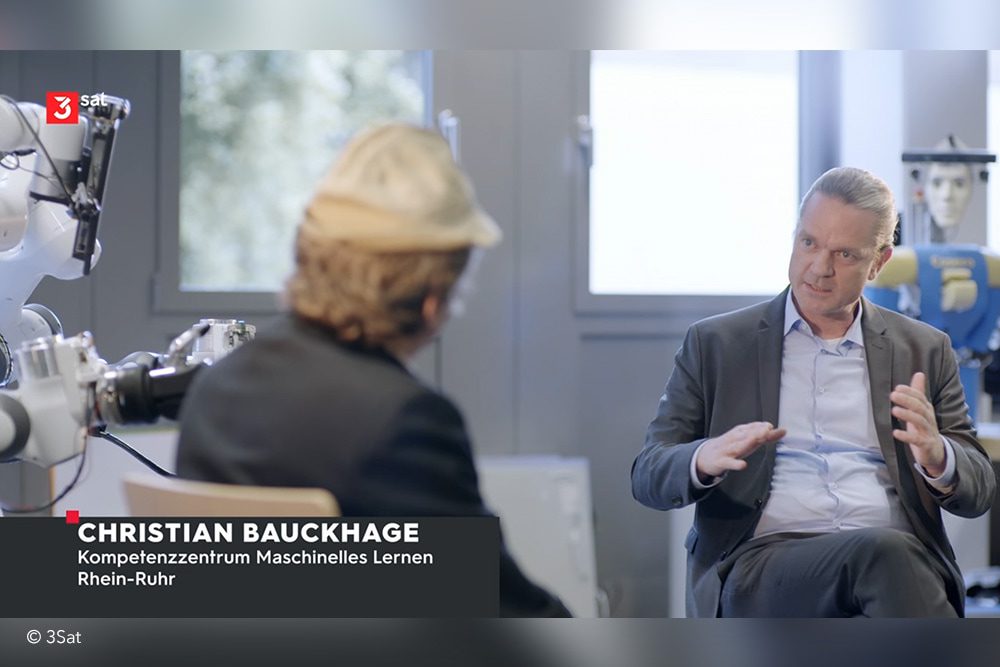 Professor Christian Bauckhage, senior scientist at the ML2R Competence Center, is an expert in Artificial Intelligence and a discussion partner in a new episode of the TV series “With Pelzig on the bench” broadcast by the channel 3Sat. The show, which was aired in early December 2021, focuses on the question of how Artificial Intelligence will shape the future and change the role of humans. Journalist and cabaret artist Frank-Markus Barwasser, alias Erwin Pelzig, talks to citizens, entrepreneurs and researchers from all over Germany. Among other things, Pelzig is a guest of ML2R scientists at the Institute for Computer Science at the University of Bonn, where he tries out an avatar robot system.

In the TV series “Beim Pelzig auf der Bank” (With Pelzig on the Bench) broadcast by the channel 3Sat, Erwin Pelzig is on the road through Germany with his bicycle and a foldable bench. On his travels, he interviews people on current topics or simply listens. In the episode on the topic of the future and Artificial Intelligence, the focus is on big questions: What makes humans human? What distinguishes us from machines? How do you manage not to go crazy in the face of an uncertain future?

At the invitation of Fraunhofer IAIS, Pelzig meets with scientists from the ML2R Competence Center. In a robotics lab at the Institute of Computer Science at the University of Bonn, scientists are working on controlling robots with an avatar system. Such an avatar could be used wherever humans cannot work, for example in dangerous rescue operations or missions in space. The researchers invite the cabaret artist to slip into the role of the avatar and try out the system for himself.

Pelzig then talks to ML2R scientist Professor Christian Bauckhage about Artificial Intelligence and his visions for the future. The physicist and computer scientist expresses the hope that with the help of Artificial Intelligence it might one day be possible to really understand how the universe works. According to Professor Bauckhage, this would require us to know how the very big, i.e. relativity, and the very small, i.e. quantum mechanics, are connected. The researcher explains that there has been virtually no progress on this issue in the last hundred years and that Artificial Intelligence could possibly help us achieve a breakthrough.

Find out how other experts assess our future with Artificial Intelligence, what a digital model city looks like and what a theologian, an entrepreneur as well as citizens have to say about the topic in the 43-minute contribution, which is available in the media center of the channel 3Sat until Dec. 1, 2022. The ML2R researchers have their say in the recording from around minute 24.

To the episode (in German) 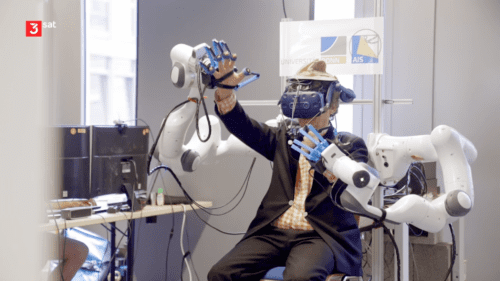 Erwin Pelzig visits a robotics lab at the University of Bonn and slips into the role of an avatar. 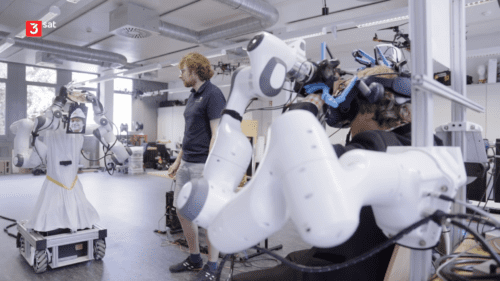 The avatar system can be used to control another robot. 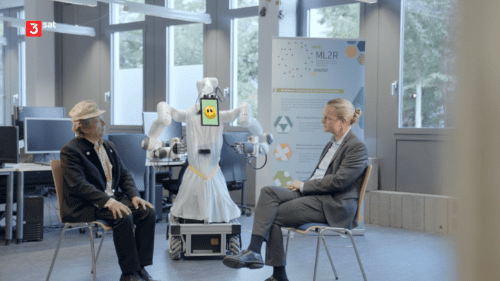 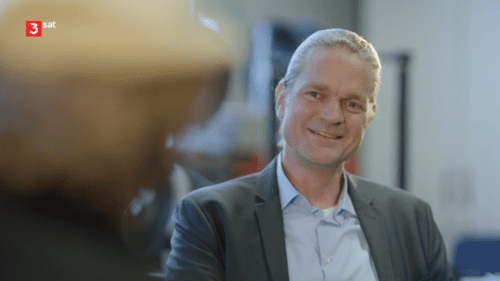 Bauckhage talks about AI and his vision for the future.